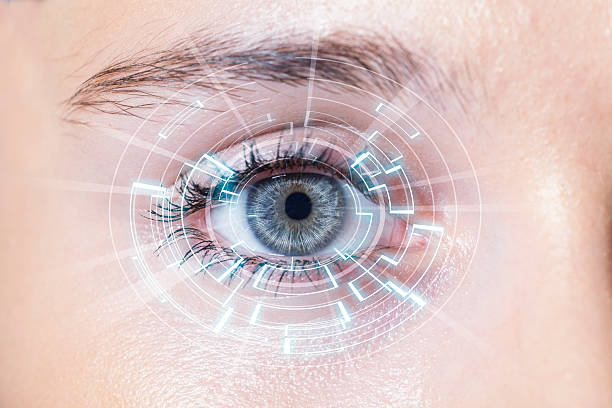 Well over half the world’s population relies on contact lenses or glasses to see well but many find that being dependent upon optical appliances interferes with their professional lives and leisure time.

Thanks to ongoing developments in Medicine and Technology, refractive visual correction techniques have been scientifically recognised and clinically tested over the last few decades. For this reason they have come to represent an important alternative to traditional correction methods such as contact lenses and glasses.

One of the latest surgical advances within the refractive surgical fields of ophthalmology is the Visumax Femtosecond Laser technology.

This technology stands on the shoulders of the knowledge, experiences and success of it’s predecessors. The advance represents the third generation of laser correction. Refractive eye surgery began in the 1980’s with Photo-Refractive laser Keratectomy (PRK) where the surface of the cornea is lasered into a new shape to correct vision. The term used for this process is “ablation”, meaning that the corneal substance is evaporated by the Excimer laser technology. This was the first generation of laser correction and is still used under specific circumstances today.

The second generation laser treatment is the well-known LASIK (the acronym standing for LASer Intrastromal Keratomilieusis). This process involved the cutting of a surface flap of corneal tissue (needing a 340 degree surface cut, leaving 20 degrees uncut to provide a hinge that allows lifting of the flap and subsequent replacement in the correct position), then performing the ablation in the bed of the flap. This ablation created the reshaping as spoken of above for correction of the visual defect. The flap was created in the initial years of LASIK by a mechanical microkeratome but this was superseded by the sophisticated Femtosecond laser technology. There were a number of Femtosecond lasers built that were capable of creating a flap as described, more reliably and accurately than the microkeratome. The drawback with the flap, no matter the method of creation, is the fact the strong outer “eggshell” of the cornea is cut through the 340 degrees discussed above, marginally weakening the cornea. The flap area never heals completely so full strength never returns, and the flap can be displaced even years later. Furthermore, the extent of the surface 340 degree entry through the outer “eggshell” cuts through many of the corneal nerves producing the propensity for dry eye symptoms which is quite common after LASIK. This procedure has nevertheless produced excellent visual results over the last few decades.

Enter the third generation laser procedure – the Femtosecond laser engineers at Zeiss soon realized that the Femtosecond laser layer separation did not have to be restricted to the single nature of a flap interface separation but if measured accurately enough, a second pass below the first of a flap could generate enough separation to allow the tissue in between, called a lenticule, to be removed and hence create the necessary shape change to correct vision. The extensive 340 degree cut is no longer necessary as the small amount of tissue that makes up the lenticule can be separated and folded and removed from a small incision only the size of the old hinge of the LASIK technique (approx. 20 degrees or 3 mm). This represented a huge paradigm shift in the concept of Refractive Laser Correction, as we can now remove the appropriate amount of tissue from the inert centre of the cornea without disturbing the strong outer “eggshell” as discussed above. This in turn means less corneal nerves cut, less dry eyes, and less susceptibility to trauma and still maintaining outstanding visual results, all with only one laser, not two as in the Femto flap – Excimer ablation requirement of LASIK.

The figure below demonstrates the concepts of the 3 generations of laser correction.

The Zeiss Visumax laser still maintains the ability to do LASIK flaps and do the Femto-LASIK procedure where necessary and where circumstances dictate, but can now offer the Small Incision Lenticule Extraction or SmILE as acronym will have it – bringing everything to SmILE about with this treatment!

The Visumax laser is capable of not only performing the cuts and separations as described but also perform corrections for astigmatism and provide deep corneal stromal tracks for the insertion of splints or rings to correct the visual defects of keratoconus.

The Eye & Laser Centre Gold Coast is committed to offering the best technologies available and is the first to have brought this technology to Queensland.

Can't find what you're looking for? Search our site.